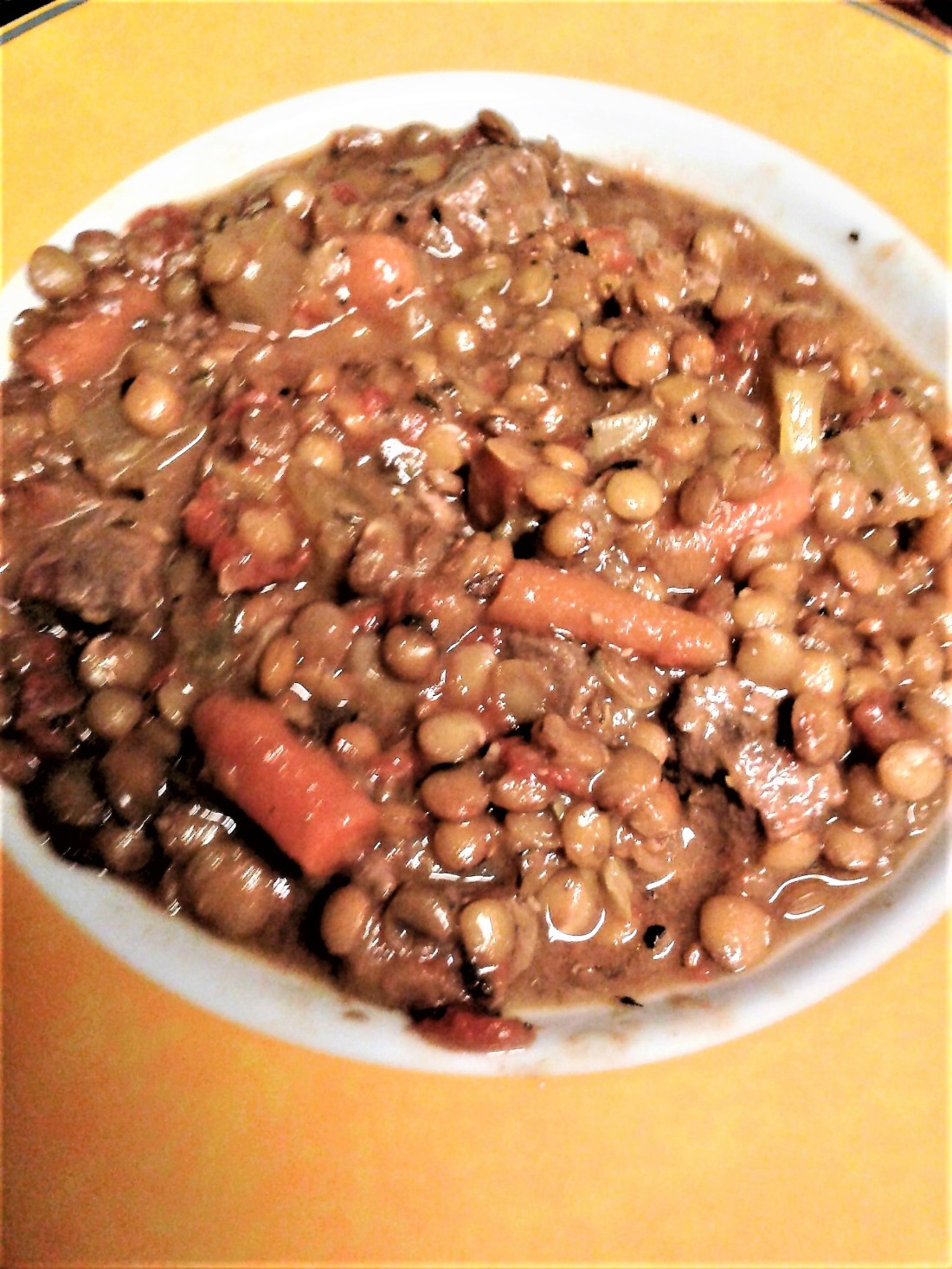 Cold season has hit my household and it looks like everyone, save yours truly, has caught one but it is entirely possible, if not probable, that I will sooner or later catch one. Until that time I will continue to look after my guys and so with that in mind I have made them some comfort food that will hopefully help them feel a little better.

Now I have “billed” this one as a stew however from what I can see the only difference between a soup and a stew is the thickness of the broth, except in the case of a Chowder which is thick anyways so if you wanted to make this a soup just thin out the broth.

One thought on “Beef and Lentil Stew”