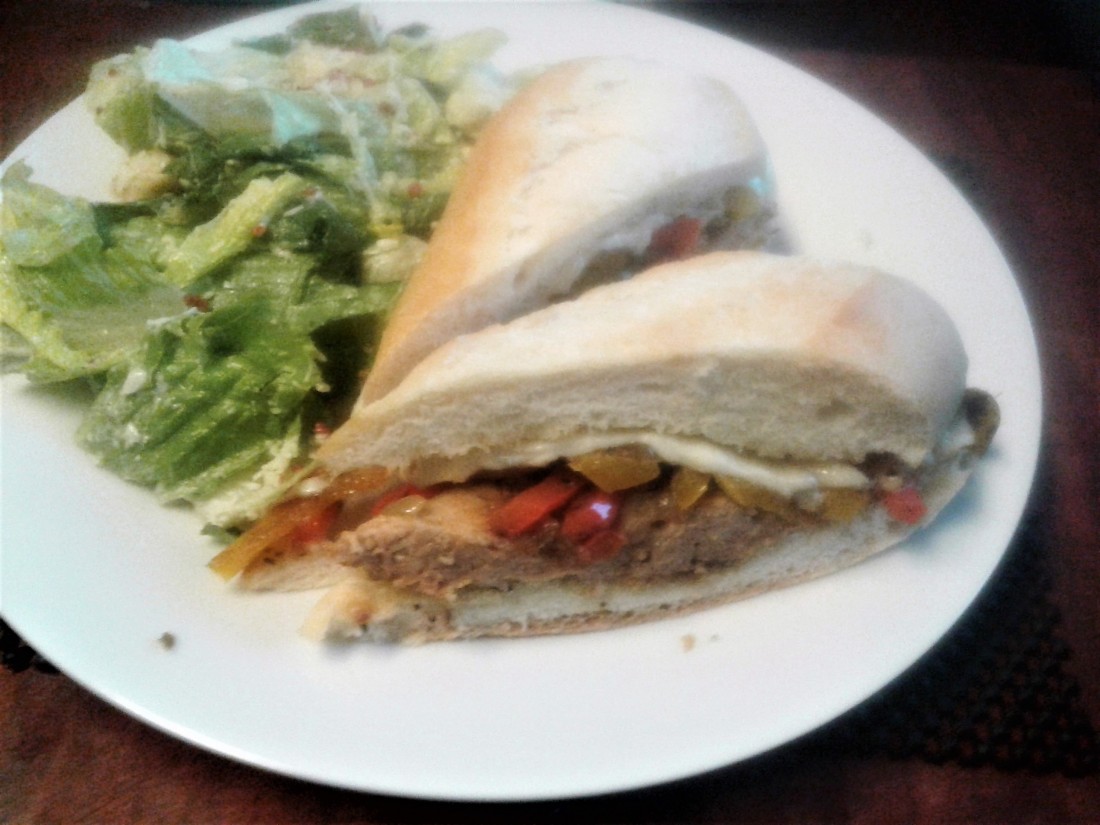 Quick and easy lunches and dinners can sometimes be elusive simply because we don’t have that much time to think about it. This particular recipe comes in very handy for just those occasions as there are not that many ingredients and the time from start to finish is short.

Cooks note:  Par boiling the sausage will make it easier to slice them down the middle and will stop them from falling apart.